MR HANNES SWOBODA
President of the Socialists and Democrats Group

C.C. Sergey Stanishev
PRESIDENT OF THE PARTY OF EUROPEAN SOCIALISTS

I am writing this letter kindly asking you to advise us about the opinion of the Party of European Socialists regarding the activities of renowned International NGOs whose endeavours encompass spreading the values of Democracy in Central and Eastern Europe.  I do insist on your position on the accusations these NGOs are organising and fostering the anti-government protests in Bulgaria.

Since 14 June 2013, Bulgarian citizens have been remonstrating every day against the Government of Mr Plamen Oresharski and the political parties supporting him in the Parliament – the Bulgarian Socialist Party and the Movement for Rights and Freedoms. The protests were sparked by the appointment of Mr Delyan Peevski, an MP from the Movement for Rights and Freedoms, as Chairman of the State Agency for National Security.  This crucial appointment was neither supported by any preliminary information nor publicly discussed.  Mr Peevski, often called a “media mogul”, owns a significant number of Bulgarian mass communications institutions that are part of one of the biggest mass media groups financed by Corporate Commercial Bank and its owner – Mr Tsvetan Vassilev – a businessman with serious interests in different sectors of the Bulgarian economy.  The above mentioned financial and business group has been granted a key position in the Executive Power, i.e., The State Agency for National Security.

This act of ostentatious transfer of the Executive Power to representatives of a certain business circle resulted in strong social reaction of objection.  Protest marches swept over the streets of the capital of Bulgaria and have been active for nearly three months now.  So far, the Government, as well as the ruling parties, have NOT responded to the questions and the demands of the people and at the same time the politicians reject all requests for a direct debate and discussions with the protesters.

Instead, a massive smear campaign against the more popular protesting persons has been initiated.  This campaign is aiming at not merely defaming specific individuals, but at leading to the disrepute of the protest and its suppression.

In the course of this campaign, there have been a number of articles published, implicating organisations such as Open Society, Trust for Civil Society in Central & Eastern Europe, German Marshall Fund and others in being in charge of funding the protests against the Government of Mr Oresharski by “supplying cash to their leaders”.

This campaign has been carried on in mass media unconditionally supporting the Government, which are either owned by Mr Delyan Peevski (appointed and subsequently, recalled as a Chairman of the State Agency for National Security) or directly representing the Bulgarian Socialist Party.  The cardinal aim of the campaign is the persuasion that the protests in Sofia are not authentic but funded by large-scale Non-Governmental Organisations.  Such suggestions are either directly or non-directly implied in the statements of politicians quoted above.  The quoted article of the official daily of the Bulgarian Socialist Party hurls direct and tangible charges against two of the most significant international Non-Governmental Organisations.

To my great regret, the leaders of the Bulgarian Socialist Party validate this slanderous campaign by remaining silent.

The Questions/Topics at Issue

In this relation, I will highly appreciate receiving the official statement of the leaders of the Party of European Socialists on the questions below:

1. Do you have any data available that Open Society, Trust for Civil Society in Central & Eastern Europe, German Marshall Fund or others are engaged in any activities and are in any way directed against the rule of law, democratic values and fundamental human rights in Bulgaria?

2. Do you share the statement of the Bulgarian Socialist Party, cited in their official press, that the above mentioned Non-Governmental Organisations have been funding the anti-government protests in Bulgaria, aiming at ousting the Cabinet of Mr Plamen Oresharski?

3. What is the position of PES regarding Non-Governmental Organisations encouraging the development of democratic civil practices with the goal of establishing a broader public nature and transparency of Governmental Decision Making by the political elite?

The attempt to disrepute the civil society’s protests in Bulgaria by means of persuasion and insinuations about their funding by renowned International Non-Governmental Organisations is more than risky.  Besides, it really ruins the image of our country.

I consider it of great importance that the leader of the Party of European Socialists asserts these statements that Open Society, Trust for Civil Society in Central & Eastern Europe, German Marshall Fund and others participate in the funding of the anti-government protests in Bulgaria.

I do insist on receiving an official statement of the Party of European Socialists and its President – Mr Stanishev – affirming they distinguish themselves from claims the Organisations mentioned above are in charge of funding activities against the development of democracy and the civil society activity in Bulgaria.

Lies and manipulation will not curb the civil society protest in Bulgaria. All we need is clear public answers that citizens demand and are entitled to receive. 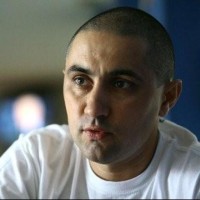